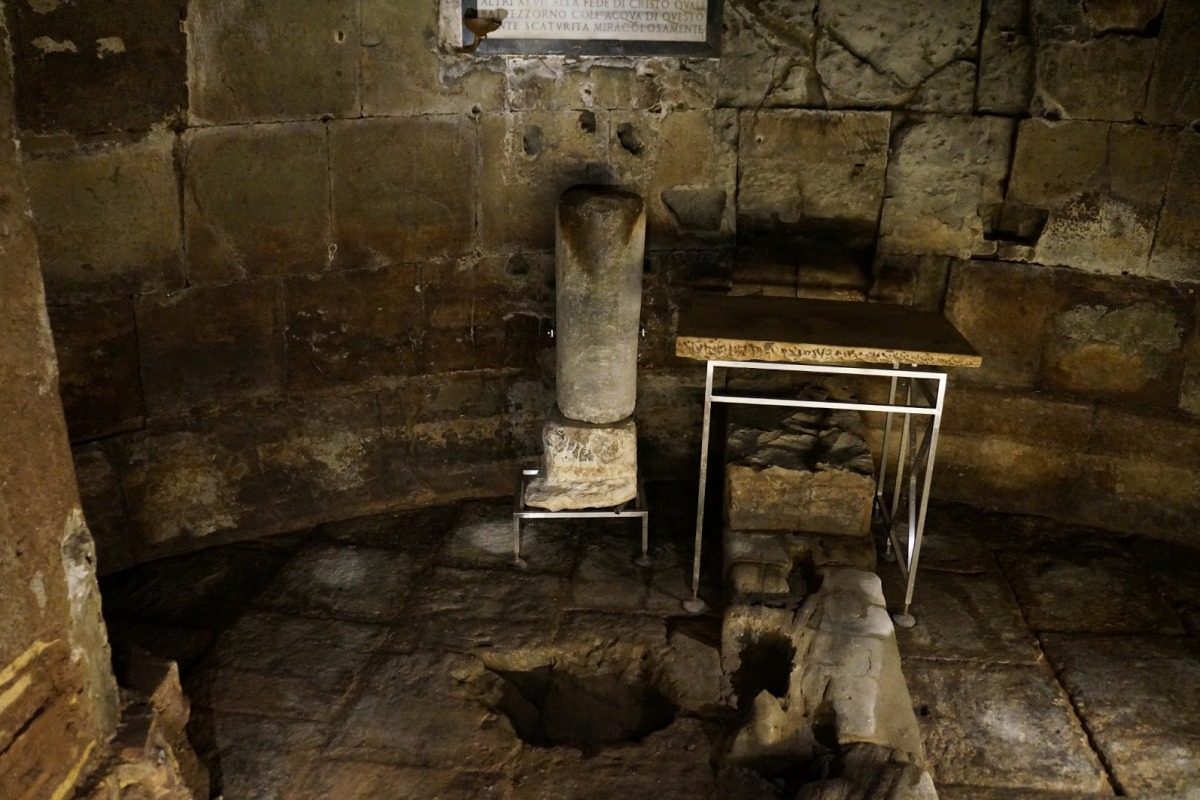 God has a plan for you.

Many times God’s plan looks a lot different than the plan you choose. God is an expert at using even the most difficult circumstances to put you where he wants you.  This happened to the Apostle Paul.

He had a longing to go to Rome to preach, but it took being arrested put on trial before Cesar’s court in order to get him there!  When he was in trail in Jerusalem he had a vision from Jesus.

“That night the Lord appeared to Paul and said, “Be encouraged, Paul. Just as you have been a witness to me here in Jerusalem, you must preach the Good News in Rome as well.” Acts 23:11

God used Paul’s imprisonment to spread the gospel to Rome.

Last summer I had a chance to go to Rome and see the prison that Peter and Paul were placed in. It is amazing that Rome became the central hub of Christianity for many years!

While Paul was in Rome he was able to encourage believers and preach the gospel with Caesar’s guards!

“And I want you to know, my dear brothers and sisters, that everything that has happened to me here has helped to spread the Good News. For everyone here, including the whole palace guard, knows that I am in chains because of Christ. And because of my imprisonment, most of the believers here have gained confidence and boldly speak God’s message without fear.” Philippians 1:12–14

Through hard circumstances Paul was brought to the most influential city in the world to be a part of what God was doing there. He was a witness for Christ and encouraged the believers to preach boldly there!

What got Paul to Rome was not pleasant, but sometimes God allows us to go through suffering in order to accomplish his purposes.

If something in your life is exceptionally hard, you never know what plan God might have for it.  Keep living for him and share the gospel with those around you.  Your testimony in hard times will be a light to non believers and inspire other believers!

“All the days of the oppressed are miserable, but a cheerful heart has a continual feast.”
Always love talking evangelism and gospel appointments with my friend @justinlwoods and NAVY BCM!