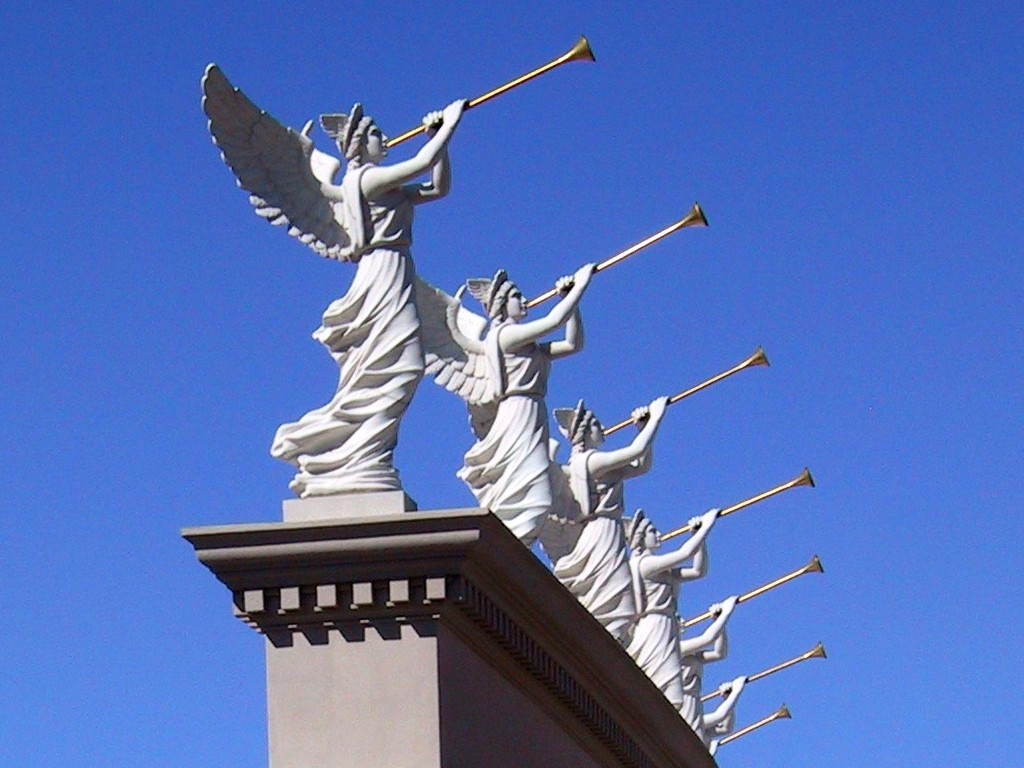 A trumpet is a significant instrument in the Old Testament.

According to one commentator, trumpets had three important uses:

The seven trumpets announce 7 judgements on the earth. The first four are primarily natural judgements.

Here’s what my interpretation of what the first 4 trumpets are.

“The first angel blew his trumpet, and hail and fire mixed with blood were thrown down on the earth. One-third of the earth was set on fire, one-third of the trees were burned, and all the green grass was burned.”  Rev 8:7

3. Devastation of the fresh water supply.

“Then the third angel blew his trumpet, and a great star fell from the sky, burning like a torch. It fell on one-third of the rivers and on the springs of water. The name of the star was Bitterness. It made one-third of the water bitter, and many people died from drinking the bitter water.” Rev 8:10-11

4. Devastation of the heavens.

The last three trumpets are even more devastating than the first four!

Such a joy to be present for the launch of @thehillscommunity Brian and Amy are so full of joy and vision can’t wait to see what God will do with this awesome life-giving church. If you are in the San Marcos area check them out!
Switchfoot and Needtobreath!!!