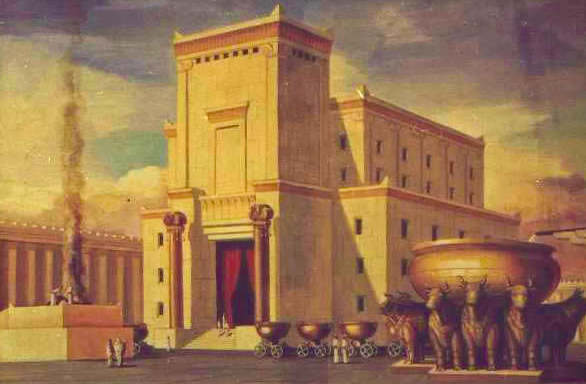 In the middle of his discourse on the end times Jesus adds a warning about “the abomination of desolation.”

“But when you see the abomination of desolation standing where he ought not to be (let the reader understand), then let those who are in Judea flee to the mountains.” Mark 13:14 ESV

This is not a phrase I use every day so I wondered what it means. I looked it up in a greek lexicon and the phrase literally means, “an abomination (either an object or an event) which defiles a holy place and thus causes it to be abandoned and left desolate.”

After reading some commentaries I believe the phase “abomination of desolation” refers to a point after the temple is rebuilt in which the Antichrist either literally stands in the temple or places a sacrilegious image in the temple and urges people to worship him. This act is referred to in Daniel 9:27,

“He will confirm a covenant with many for one ‘seven.’ In the middle of the ‘seven’ he will put an end to sacrifice and offering. And at the temple he will set up an abomination that causes desolation, until the end that is decreed is poured out on him.” Daniel 9:27 NIV

It seems Daniel is also predicting that someone (the Antichrist) will set up a sacrilegious object that causes desecration and it will remain until the Antichrist is finally destroyed.

The application Jesus gave the Jews living in Judea was that when they see this sacrilegious act happen in the temple they are to flee to the nearby mountains.

Those of us not living in the area should also be alert and take wise steps to be safe wherever we live.