Making the Most of Isolation: Part 1 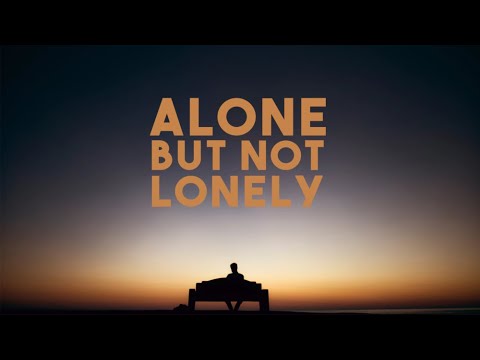 After years of fighting the fight of faith, the Apostle Paul finally reached the end of his journey. Awaiting his execution in a cold damp Roman prison, he wrote his last letter to his spiritual son Timothy. In Rome, Jessica and I got to visit the prison that was likely the one Paul was placed in before being executed.

He was deserted by his fellow worker and friend, Demas, who left to pursue the things of the world, and He was also actively opposed by a metal worker named Alexander who did great harm against his ministry. Paul’s other friends left for good reasons, leaving him to strengthen the churches.

Only his faithful biographer, Dr. Luke (who wrote Luke and Acts), stayed by his side. Then, when he was brought to court EVERYONE abandoned him!

It’s safe to say Paul was lonely. The man who helped many lonely souls find a spiritual family found himself lonely. If someone as loved and well connected as Paul can find himself feeling lonely, any of us can.

In a recent Harris Poll, almost 1 out of every 3 of Americans admitted to experiencing loneliness. If you are not lonely, someone around you is. So you can learn today how to help them.

But why do we get lonely?

How do we leave loneliness behind? In 16-18 Paul said,

16 The first time I was brought before the judge, no one came with me. Everyone abandoned me. May it not be counted against them. 17 But the Lord stood with me and gave me strength so that I might preach the Good News in its entirety for all the Gentiles to hear. And he rescued me from certain death. 18 Yes, and the Lord will deliver me from every evil attack and will bring me safely into his heavenly Kingdom. All glory to God forever and ever! Amen. 2 Tim 4:16-18

When everyone else left, God stood with him, strengthened him, and rescued him. Strength comes from remembering that God is standing with us. Everyone else will disappoint you eventually.

If you are follower of Christ, God is with you. Remember that.

Too often, when I’m feeling lonely the first thing I do is pull out my phone. I try to overcome my loneliness by texting someone or looking at social media. I feel better for a moment, but often at the end of being on Facebook I feel even more lonely than when I started.

Instead of pulling out my phone, I should pull out my Bible. Actually in verse 13 one of Paul’s requests for Timothy was that he would, “Also bring my books, and especially my papers.”

The Scriptures were sure to be included in his collection of books and papers. Instead of focusing on his isolation, Paul made himself productive.

My mentor in college, Max Barnett, used to tell me that

Sometimes Christ’s path for us is a lonely one. But God wants us to use those lonely times well. The best way to use that time is to spend it with God and dive deeply into his Word. I wonder if one of the reasons God allowed Paul to be put in prison was so that he would have time to read, study and write many of the letters in the Bible today.

Max would tell stories of being in college when his friends went to the movies, he would go on a date with God. He said he wouldn’t trade those times for anything in the world.

Instead of feeling sorry for yourself, get busy doing good things, read books that feed your soul or study Gods’ Word to remind yourself of God’s promises. The Psalmist said,

My comfort in my suffering is this: Your promise preserves my life… If your instructions hadn’t sustained me with joy, I would have died in my misery.  Psalm 119:50; 92

The Bible is full of God’s promises, like Heb 13:5, “Never will I leave you; never will I forsake you.” Clinging to promises like this gave Paul the strength to say in vs 18 that, “the Lord will deliver me from every evil attack and will bring me safely into his heavenly Kingdom.”

You may feel lonely today, but someday you will be standing in front of Jesus and see him face to face. Paul knew that even if they killed his body, he was spiritually safe and could look forward to the glory of heaven.

David, my namesake from the Old Testament, had some pretty lonely times. One of the worst was when he and his men returned home from battle to find their town burned to the ground, and their wives and children gone.

I can’t imagine showing up to my house to have it burned down with no trace of Jessica and my sons. Understandably, it hit David and his men hard, and they wept until they physically couldn’t weep anymore.

His men then blamed David and talked of stoning him because they were so mad about losing their families. With nothing left and no one to support him, here’s what David did,

And David was greatly distressed, for the people spoke of stoning him, because all the people were bitter in soul, each for his sons and daughters. But David strengthened himself in the Lord his God.  1 Sam 30:6

David had a decision: was he going to give up or would he go to the only one left with him, God himself. David was able to remind himself of God’s presence and found strength in the Lord. After David found the strength, he was able to lead his men to find the captors and get their families back.

You will go through some lonely times, but if God is with you you never have to go through them alone.

Next time you feel lonely, how will you remind yourself of God’s presence?

To listen to the audio of this sermon go to https://subspla.sh/dwcjgct